GinnyPNW said:
Oh, no!!! I planned to make this today...but...2T rice? Is that cups instead? And, is it COOKED or UNcooked rice? I've checked some recipes online and some are cooked and some are not cooked rice. Sigh.
Click to expand...

I'd guess from the time to cook and the amount of liquid that it's supposed to be 1 cup of uncooked rice - 1 cup rice to 2 cups of milk for up to 2 hours. You might want to wait for confirmation from Aunt Bea, though.

Thanks! I guess I will wait. I wanted to bring some to MIL today. I even pulled out my Mayberry Cookbook and the only Rice Pudding is Goober's...

GinnyPNW said:
Oh, no!!! I planned to make this today...but...2T rice? Is that cups instead? And, is it COOKED or UNcooked rice? I've checked some recipes online and some are cooked and some are not cooked rice. Sigh.
Click to expand...

It will be the consistency of heavy cream when done and it will continue to thicken as it cools.

This is a very basic pudding. If you are looking for a sweet rice pudding you might want to try glorified rice which is made with cooked rice, fruit, and a rich custard.

Thank you so much!! You can probably tell, I'm not a Rice Pudding person...but MIL is...
C

I'm back! This is the first holiday I've spent with family since 2019. Step daughter is preparing typical turkey dinner. I'm bringing pumpkin pie and crescent rolls.

Nice to see you back @CarolPa

This is where it gets ugly!

Took the brownies out of the oven to put the Pecan Streusel layer on and I lost grip. The pan fell out of my hand, 1/3 of the content in the pan fell through all 3 oven racks then on to the oven door and bottom of the oven . Still needed another 12 -15 minutes to bake. needless to say, I said a bunch of 4 letter cooking disaster words. House filling with smoke and that burnt sugar/ chocolate smell. I said a few More 4 letter words. Took all the racks out and thorough them into the sink. As my wife cooled and cleaned them ( and mumbling some 4 letter words, most likely directed at me), I was able to spatial the mess out of the oven. I then was able to kind of press/ even out the stuff in the pan to salvage what I could. Put the streusel on, and put it back in for final bake.

Ill try a piece once its cools down.
Just tasted its, appears I salvaged it ( I sample everything before I bring it to someones house. I even take a slice of pie or cake. I'd rather look rude than show. up with something that may give me a bad rap.)

Pics area
1 - The stuff I had to scrape off the bottom of the oven and the oven door into a pan.
2 - The brownie after I salvaged it, spread it out to fill the pan and put the streusel on
3 - After the final bake
4 - Piece cut. out
5- Piece I tasted

Nice recovery! Disasters are a given. How we recover is what's important. Never admit to a mistake. Remember, it's supposed to look like that.

Andy M. said:
Nice recovery! Disasters are a given. How we recover is what's important. Never admit to a mistake. Remember, it's supposed to look like that.
Click to expand...

Not that I'm the greatest cook, but in my family ( and extended family) I am, so they wouldn't question anything.

Probably the most impressive thing is I didn't burn myself .
I was so angry though. everything was going right up until that point, then everything went so wrong.

"Stuff" happens. It can be our secret.

My BIL tested positive for Covid a few days ago, but both are not feeling too bad. Both families are preparing foods to be exchanged in our back yards. I'm fixing the turkey, gravy, stuffing, potato casserole, broccoli from the garden and just picked up a locally made pumpkin roll. I made and took over a pumpkin pie with gluten free crust on Monday. My sister is making cranberry sauce. I will also make a plate for my next door neighbor.

Sory to hear that, Beth. I hope it passes easily and quickly.

All of my pre-Thanksgiving tasks are complete. just have to do the "day of" stuff. I've decided to spatchcock the turkey. It's quite big and will take almost all of one oven shelf. Cooking and resting times will be quicker. On the other hand, I'll have more room to cook/heat up side dishes on the other two shelves.

With all of the hubbub-bub that has been going on in our life, we decided to have Thanksgiving Lunch with my Neighborhood Gal Pals and their spouses. We'll pick my Mother up and it'll be a party at a local restaurant... I've NEVER done this before, I usually make the full-monty, but not this year.
We're all going to Mr&Mrs Next Door Neighbor to play cards, and have dessert with coffee.

A funny thing happened yesterday - I was talking to the lady, whose house I'm going to for TG, and asking if there was anything else I could make, and bring over; I was already set to bring over some brownies, and that butterscotch pumpkin pie, but she said they already had 2 pies, so I don't have to make that, but if I could make one of those dals I told her about the day before, that would be plenty! Not traditional TG fare, but she said she was talking to her kids about it, and both would rather have that from me than a pie! Mind you, this is the Indian lady that offered to pay me to make these things for her once a week! Another friend came by, as I was finishing this - very similar to that last dal I made, except I added some black chickpeas, potatoes, and used ghee for the fat - and I told him it was to take over there, and he thought I was trying to torture him! But I gave him one of the last two bowls from the last batch, and he thought the same thing I did - that it tasted like it had some sort of meat in it. This batch tastes even more like that, probably because of the ghee. I don't know if it's that dugad phool, which is actually a lichen - a new ingredient to me, but there is only a tb in about 1¼ c of the masala. 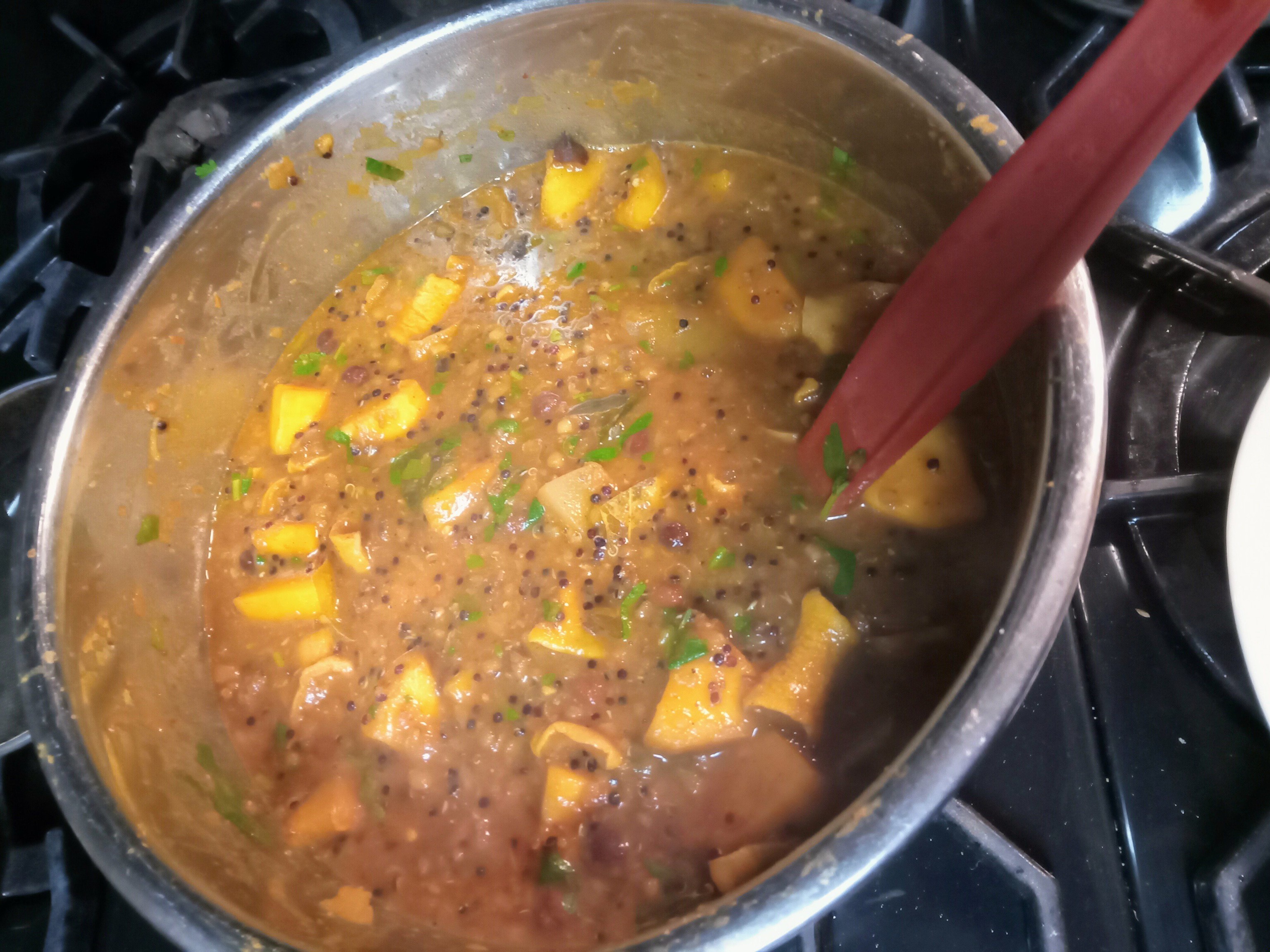 Dal, with butternut squash and potatoes, with kala chana - black chickpeas. by pepperhead212, on Flickr

Now I have to go make the brownies, and that's easy...except only eating one, before taking them over there.

We are having dinner at a friends house. it's a kids, dogs, pot luck sort of thing and we are responsible for cranberries. Unfortunately this year we've had another berry "incident". I've added info here: https://www.discusscooking.com/threads/cranberries-vs-hubby-round-1.82908/page-2#post-1958980

So far today I've made 2 batches of pie dough I turned into pies.

2 pumpkin, 1 pecan and 1 apple (from the apples we went to N Georgia to get)

Then it was time to form and proof 9 loaves of bread. (5 whole wheat and 4 sourdough)

Tomorrow it's time to "make it rain" and be the food pump I usually am.

Janet H said:
We are having dinner at a friends house. it's a kids, dogs, pot luck sort of thing and we are responsible for cranberries. Unfortunately this year we've had another berry "incident". I've added info here: https://www.discusscooking.com/threads/cranberries-vs-hubby-round-1.82908/page-2#post-1958980

May as well keep all the mess in one place.
Click to expand...

Wow, that's even worse than my brownies doing a swan dive out of the pan into the oven.

I prepped most (not everything because I ran out of energy) of the dishes for tomorrow.

Also made an apple pie and a berry cobbler. 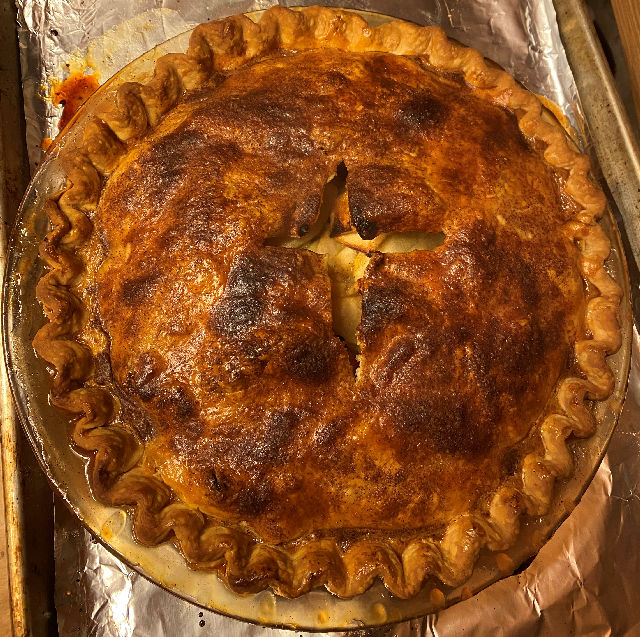 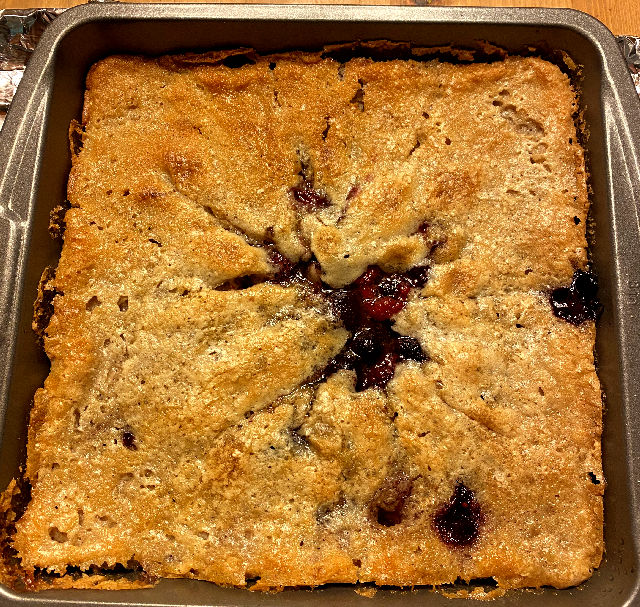 Stuffing is ready for the oven. Pilaf is ready to cook. I’ll be spatchcocking the Turkey shortly. Daughters are bringing vegetable dishes. Desserts are ready. I’m killed time here. 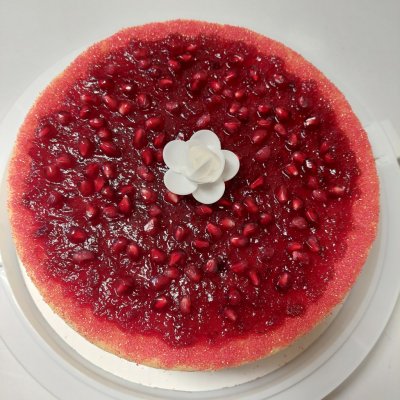 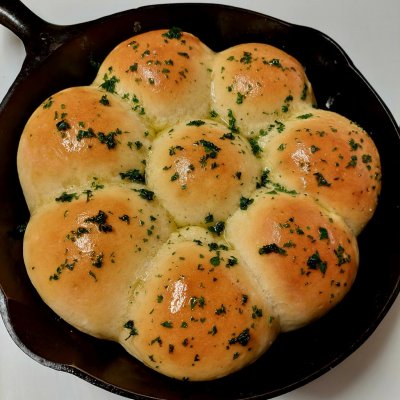 Cranberry, Pomegranate cheesecake, Beer Rolls...
You must log in or register to reply here.