I love me some "country Style Big Boy" ribs, these are basically pork shoulders (Boston Buts) Sliced without worrying about the shoulder blade. They ALWAYS cook up tender, flavorful, and just luscious if you do 'em just right. You can do them a million and six different ways, for a change, here is something a littl on the Asian side, a little more Korean than anything, BUT, if you like sweet style, like a teriyaki style, you will want to give this a go. 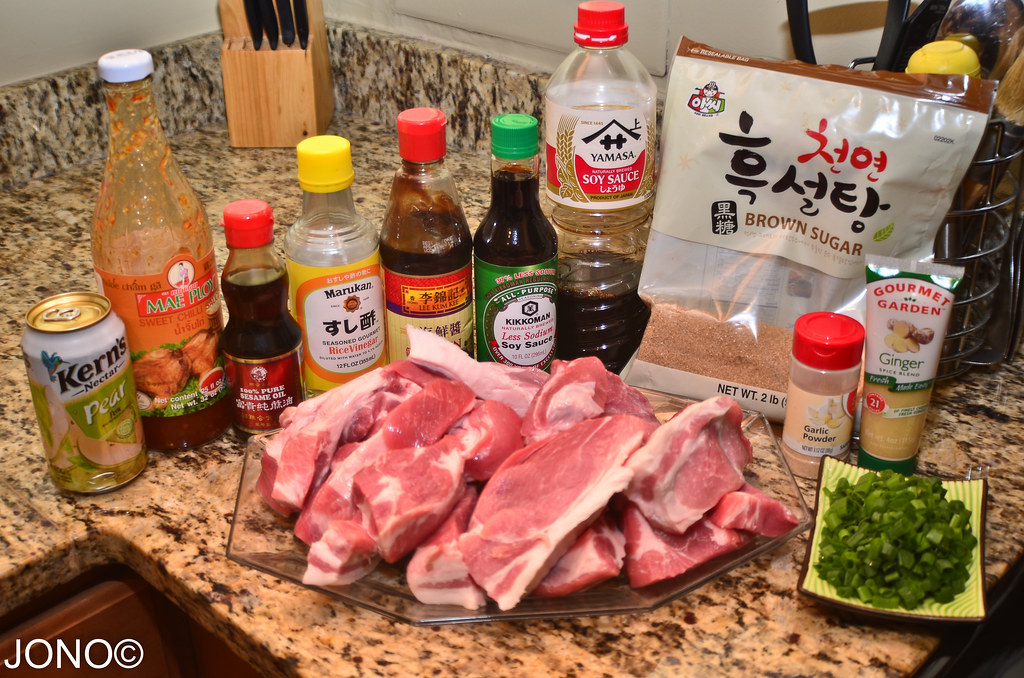 The majority of the marinade is going to be Soy sauce, and brown sugar, almost equal parts. You will be surprised at how much sugar it takes to take the bite off of the soy. I use low sodium because it's HEALTHY! lol. Hoisin is fermented sweet potato, so it has a sweetness of it's own, but is STRONG, use with caution. Use the rice wine vinegar (Mirin) to cut the sweetness a little. The pear nectar acts as a meat tenderizer and adds some sweetness. If you don't have access to it, use sprite, no bull ****, It works wonders.

It is essential that you let the pork marinate for at LEAST 24 hours. Up to 36 is fine.

***BEFORE COVERING ALL THE MEAT OF CHOICE, RESERVE ABOUT A CUP OF THE MARINADE. USE IT TO BASTE THE FINISHED PRODUCT UNDER THE BROILER SO THAT YOU CAN GET A LITTLE CRUST GOING ON*** 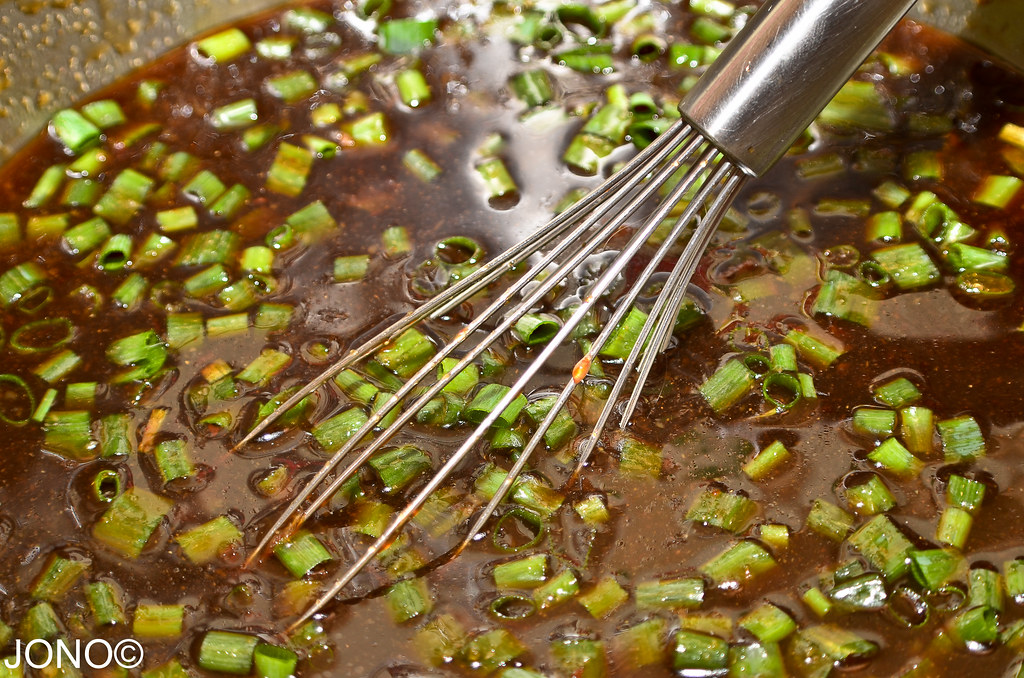 The Meat:
Boneless Country Style ribs. You can use the marinade for almost ANYTHING. chicken, Pork, beef, even salmon. I love pork because it's where bacon comes from. I. Love. pork.

Seriously, let the meat of choice marinate for at least 24 hours.

For this preparation, the pork was in the juice for 48. After that, it is simply a matter of firing up some saute pans in order to sear things off, get some color on the meat. . . remember, MORE COLOR=MORE FLAVOR. 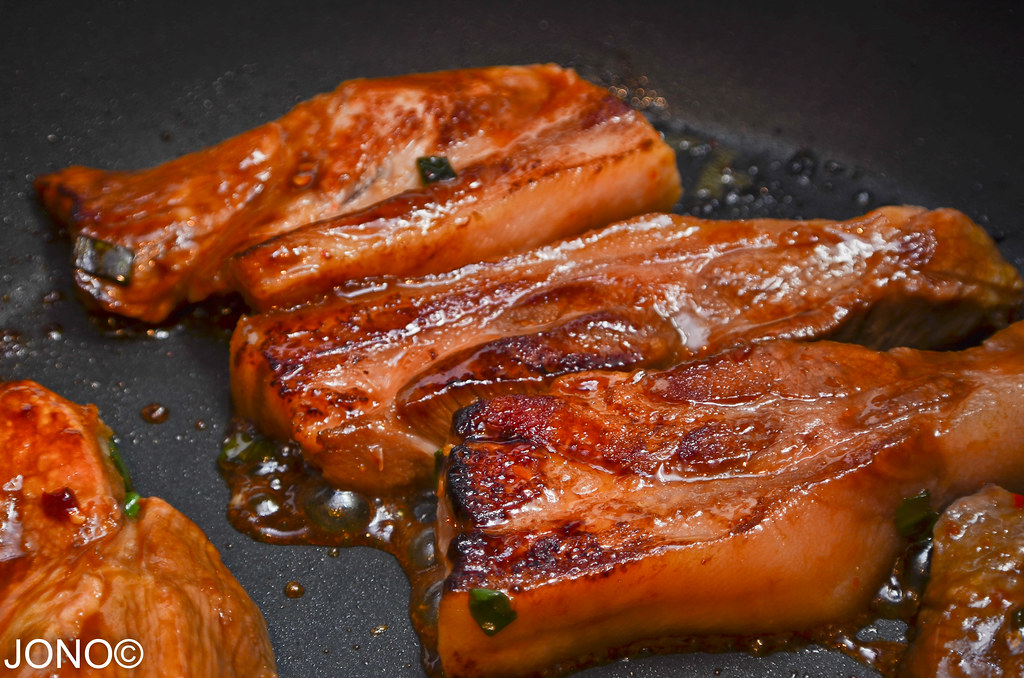 Once you have browned off the cuts, go ahead an put it in a deep enough pan to hold things, but also COVER. With the pork, you want to kind of steam things while it cooks, it will break down the connective tissues better, and make for a fork tender cut. Also, for thicker cuts, deglaze the pan with beer, or water, and put into the pan you are going to do the cooking in. It helps. It's booze in food. It makes the pan drippings MO BETTER!

Put everything into a roasting pan, or something that you can wrap with foil with no issue. . .

In Pan, With deglazed pan jus 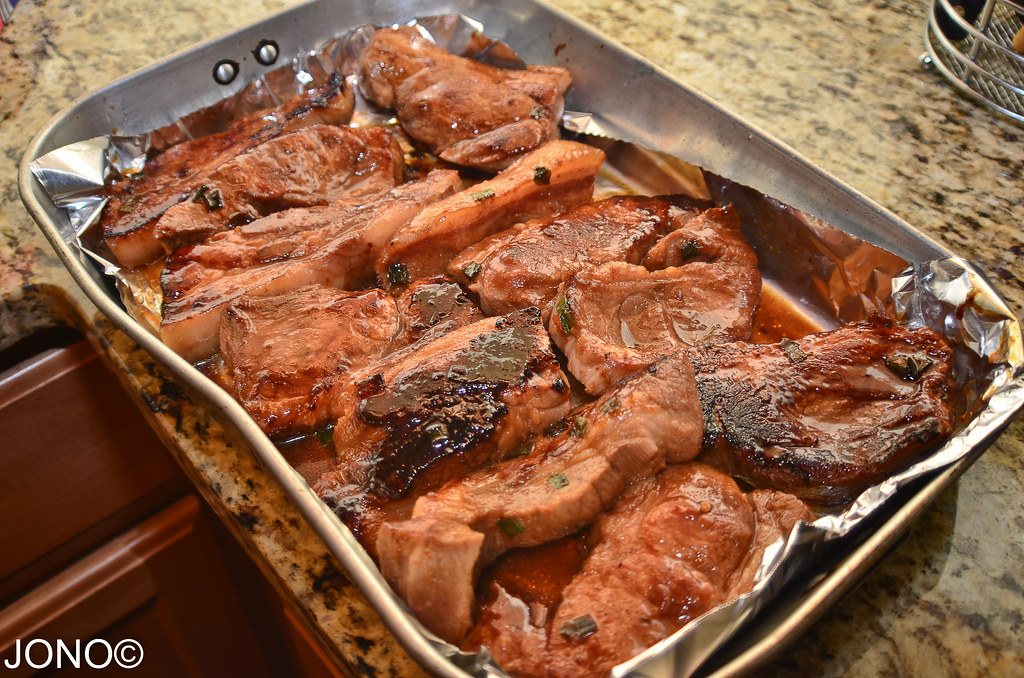 Cover the top with foil, cling the sides, and let that thing go low and slow, I did these fro 3 hours at 280 degrees.

If this is chicken, so long as it's covered, the same table applies, if it is beef, it depends on the cut, use your judgement. . .if seafood, a whole side of salmon should go for no longer than 35min.

For the last 15min of cooking, remove the cover and put under the broiler. Broil under as high as the oven will allow, and let the fat render out so that things are crispy, the sugars in the sauce caramelize, and everything just gets dark and nice. 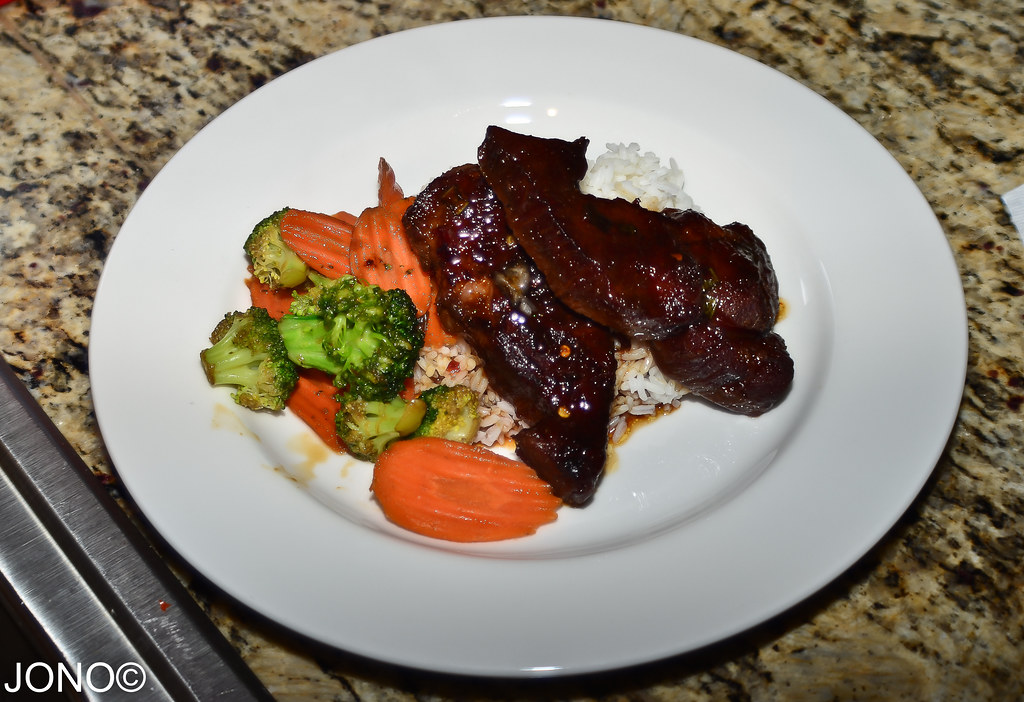 Like the sound of your marinade, think I'll try it with spare ribs. Thanks

You must log in or register to reply here.