Any good recipes with seaweed

I picked up some seaweed at a Japenese store. It just says dried seaweed on the package. I tried making some soup I found - but I didn't like it that much. It wasn't so much that I didn't like the seaweed - it was just everything put together plus I used beef broth in cans which probably made it even worse.

anyone have any seaweed recipes? Any TNT ones?

You can put seaweed in Miso soup (found already prepared at the Japanese market) or...

...you can make a popular Wakame salad by soaking about 3/4 ounce of the dried seaweed for about 20 min, cut off any hard stem parts, and chop it up. Pour a dressing on it made of 3 Tblsp Rice vinegar and 1Tbsp sugar (or less), and 2 Tbsp soy sauce (or less). Sprinkle sesame seeds and red pepper flakes on top and... 楽しみなさい (...that says ENJOY)

i love seaweed eggdrop soup! or hot and sour soup with seaweed. just make the soup, and toss in the dried seaweed until it reconstitutes.

another seaweed fave is something called a mountain and sea salad. reconstitute the seaweed in a little hot chicken broth, then toss with stir fried mushrooms (button, straw, crimini, wood ear), garlic, soy sauce, and ginger.

serve over chopped romaine lettuce with a ginger viniagrette dressing.

Make some miso soup. The broth is made with a combination of seaweed and fish.

I looked up miso soup - lot of ingredients I don't have and I don't see any that actually have fish in it. I see some fish flakes of some sort. I'm going to keep looking around. I do have a seaweed salad I'd like to try.

Here's my recipe for miso soup. I modified a Food Network recipe. The dashi (broth) is a combination of seaweed and dried fish flakes.

For the Dashi:
In a saucepan, combine the water and seaweed. Bring it to a simmer, uncovered, over medium heat. Remove the seaweed and discard.

Bring the liquid to a boil, add the hon dashi and immediately remove the pan from the heat. Allow the dashi to sit undisturbed for 2 minutes.

For the Soup:
In a saucepan heat the dashi and whisk in the miso pastes. Bring to a simmer and add the tofu, scallions, and mirin, if used. Remove from the heat and serve immediately.

Is it nori,kombu or something else?

4meandthem said:
Is it nori,kombu or something else?
Click to expand...

I know it as konbi

I use it in soups and stews.

The sushi wrapper seaweed (nori) i like for sushi or chiffonade it for salads. They also sell it in teryaki and regular flavor in little packs for snacking on like chips.

4meandthem said:
This is kombu

I use it in soups and stews.

The sushi wrapper seaweed (nori) i like for sushi or chiffonade it for salads. They also sell it in teryaki and regular flavor in little packs for snacking on like chips.
Click to expand...

My bad. It is kombu. Don't know what I was thinking. Thanks for setting the record straight.

Seaweed is a generic term for about a dozen different kinds sold at Asian stores, all of which are not vascular plants but multicellular algae. The more common ones, already mentioned are kombu, wakame, and nori. They are very different; in fact, from entirely different plant genus.

Kombu is of the same genus (laminaria) as the giant kelp of Monterrey Bay. They are thick, like cardboard, and come packaged in large dried strips. They’re tough. To eat, they’re usually braised.

For wakame seaweed salad, the one that first comes to most people’s mind is mixed with paper thin slices of cucumber and some very finely julienne ginger. One part soy sauce to two parts rice vinegar. Some people dilute it with the addition of dashi broth. Others also might thicken it with a pinch of starch.

Gardeners seaweed soup, in Jan after a good gale we go to our local beach and collect seaweed. I then wash the salt off put it in a big drum and cover with water, after about 2 months I mush it into a slurry and fork it into my potato and carrot beds, the results are quite freaky 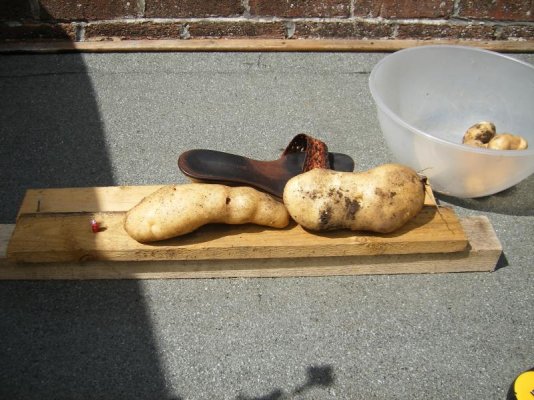 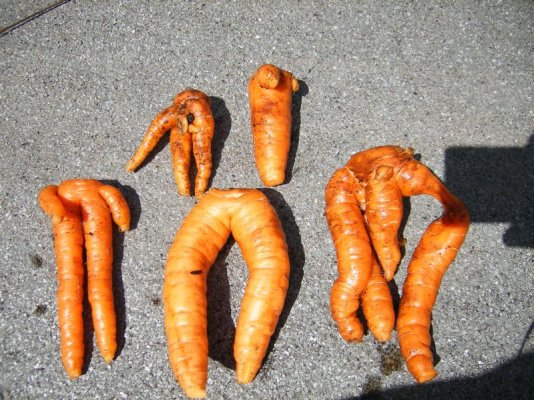 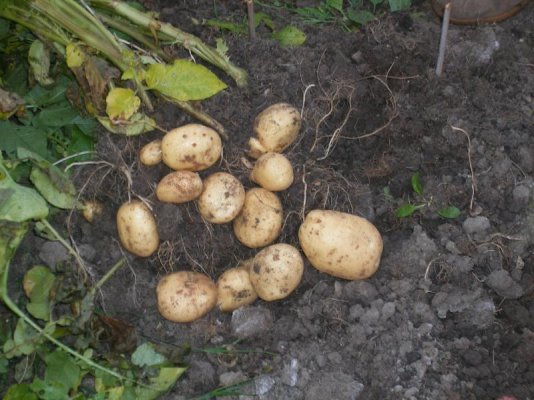 
you grew a sandal? That is quite freaky.

I bet that Gardener's seaweed soup is great for gardening!

There are many different types of "Dried Seaweed" - applications of which are dependent upon the type. Japanese cuisine always comes to my mind when someone says "seaweed".

Japanese cuisine is similar to good Italian food in my mind, in that it is heavily ingredient dependent. Quality product, and clean execution of technique is essential.

If what you have is wakame, I would also suggest a simple Miso soup as a place to start. If you're unable/unwilling to get bonito flakes and kombu to make a Dashi (the standard Japanese stock which only takes minutes to do), I would try to make an egg-drop soup of some sort as others recommended. Of course the success of an egg-drop soup is also dependent on a quality stock of some sort.

For my Miso soup, I prefer to use actual bonito flakes and kombu to make my dashi rather than the instant Hon Dashi powder. I bring a saucier with a quart of water to a simmer with a strip of kombu (don't wash the silvery powder off!), then I add a fist-full of the bonito flakes. Once it comes back to a simmer, I shut the heat off and let it sit for 15-20 minutes. Then I remove the solids by straining through a fine-mesh strainer - pressing the flakes with the back of a spoon to extract all the liquid I can. While the dashi is resting for the 15-20 minutes, soak 1/2-C of the dried wakame in some water.

The soup is then made by bringing the dashi to a simmer. Drain the wakame a bit and add it to the dashi along with 1-C of cubed soft or silken tofu and 1/2-C of finely sliced shiitake mushroom . Simmer gently for a minute. Ladle about 1-C of dashi into another bowl with 1/4-C of white miso paste (I prefer all white). Whisk it to uniform consistency, and then pour it back into the soup (this prevents clumps). Bring it back to just under a simmer and then shut the heat off. Add 1/2-C of finely sliced scallion, and a very small pinch of finely ground white pepper (one of my touches that I like, but not very traditional). The miso paste is usually salty enough such that no additional salt is necessary, but taste just to be sure. Wait about a minute for the heat in the soup to draw some of the flavor and aroma out of the scallions, then serve.

This is classically served with some simple steamed white rice and pickles.

EDIT: The same soup prepared with egg in addition to or in place of the tofu is also excellent. Hot silken tofu has a similar texture to the gossamer egg threads that are formed - which is the combination I often use.
Last edited: Jan 15, 2011

How does one make "gossamer egg threads"? Using egg instead of tofu is useful for me, since I am not supposed to eat more than the tiniest amount of soy.

I take some of the stock that is warm (not hot), and whisk it with some eggs in a bowl. Then get the soup to a simmer, and slowly drizzle the eggs into the soup as you stir the soup. You should get wisps of egg thinner than paper throughout the soup.

If you have a really good chicken stock, doing this technique and finishing with finely slivered scallions makes an excellent soup. Thicken with a bit of cornstarch at the end if you want that classic Chinese-American soup texture. Of course kosher salt, and I like a bit of white pepper.

You can also add some chile sauce which is great if you dig some heat.
Last edited: Jan 15, 2011

taxlady - Mr. Mosher is my father...
-----
For anyone interested in experimenting, here are the essentials which are sometimes tough to find - especially big bags of Bonito.

These products are all very high quality, and together cost about $20.
For some reason my local earthy-crunchy stores carry the seaweed, but not the Bonito. The Bonito really provides 75% of the flavor of Dashi (IMHO).
You must log in or register to reply here.

What are you having for supper Saturday, 2022 December 3?