Today, I made a Kerala style sambala, with 4 different vegetables in it, plus some coconut - what makes it Kerala style. It's not a one dish meal, since the seasonings for the masala paste are toasted in a skillet. Since I didn't have fresh coconut, I used dried, unsweetened, reconstituted some, in hot water. So that was my first step - rehydrating 1/3 c dried coconut in 1/2 c hot water, then 1 oz dried eggplant (about 3/4 lb before drying) in hot water.

Meanwhile, the dal gets pre-cooked. Wash
3/4 c toor dal, and place in the IP with 2 c water, 3/4 tsp turmeric powder and 1/2 tsp asafoetida. Set to pressure cook for 10 minutes, release naturally, then mash the dal, after cooled some.

Combine in about a 10" skillet:

Melt the coconut oil in the skillet over very low heat - I do this over a pilot light, while measuring this stuff out. Put the dry ingredients and curry leaves in the skillet, and toss to coat with the oil, then add the shallots and coconut. Cook over medium heat, stirring frequently, for 6-7 minutes, or until leaves, peppers, and coconut starts getting a little browned. Remove to a plate to cool. Grind to a paste with about 1/2 c water (I added a little more).

Ingredients for the sambar masala paste, toasted. by pepperhead212, on Flickr 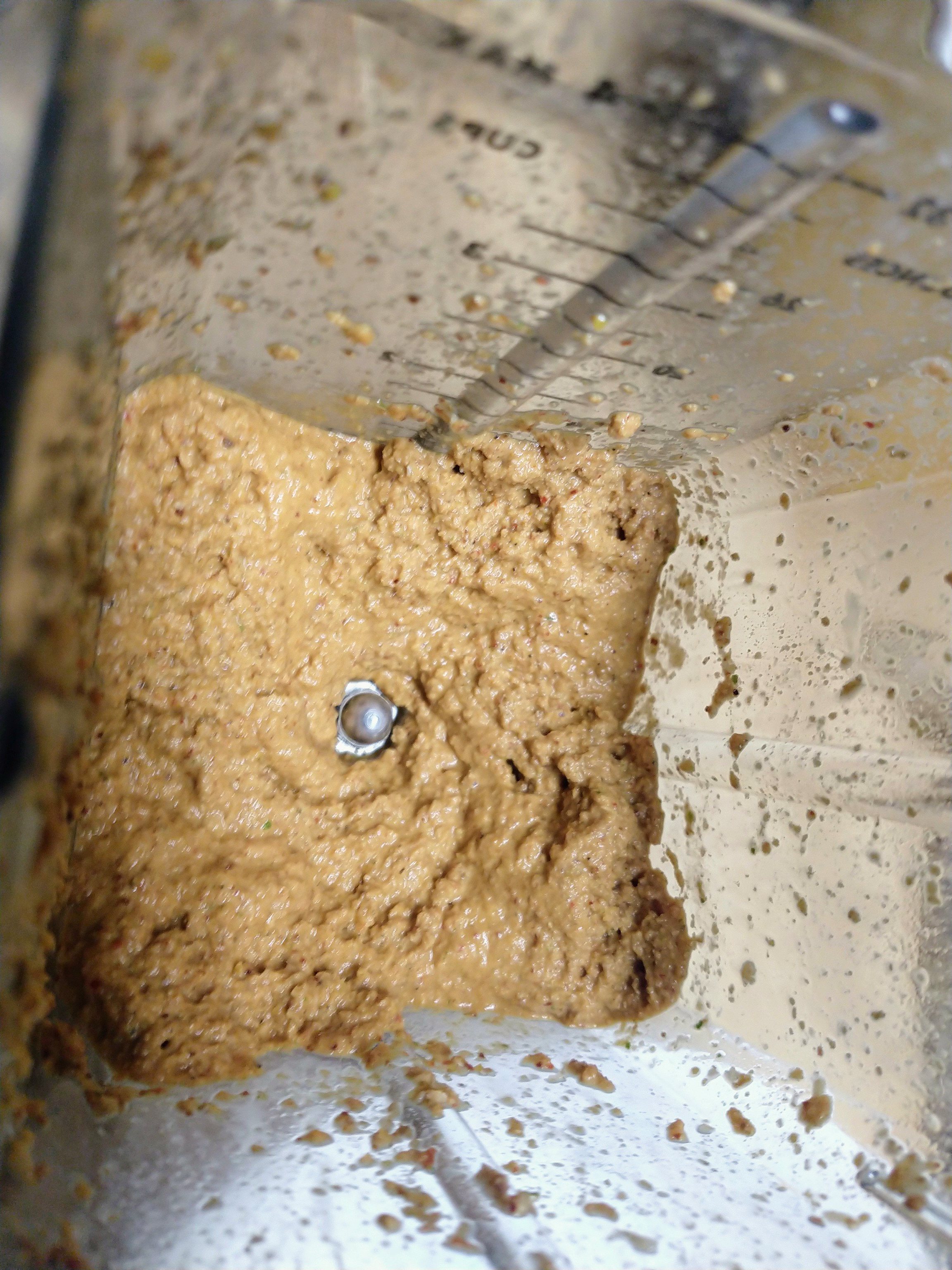 Any vegetables can be used, within reason! This time, I used some potatoes and a sweet potato, peeled and diced, a small butternut, a couple frozen tomatoes, and some dried eggplant. Here I put about 6 cups of those cubed up vegetables in the dal, plus about 3 c water (including that coconut water) about 1½ tsp salt then set for 6 minutes, and let the pressure release naturally. 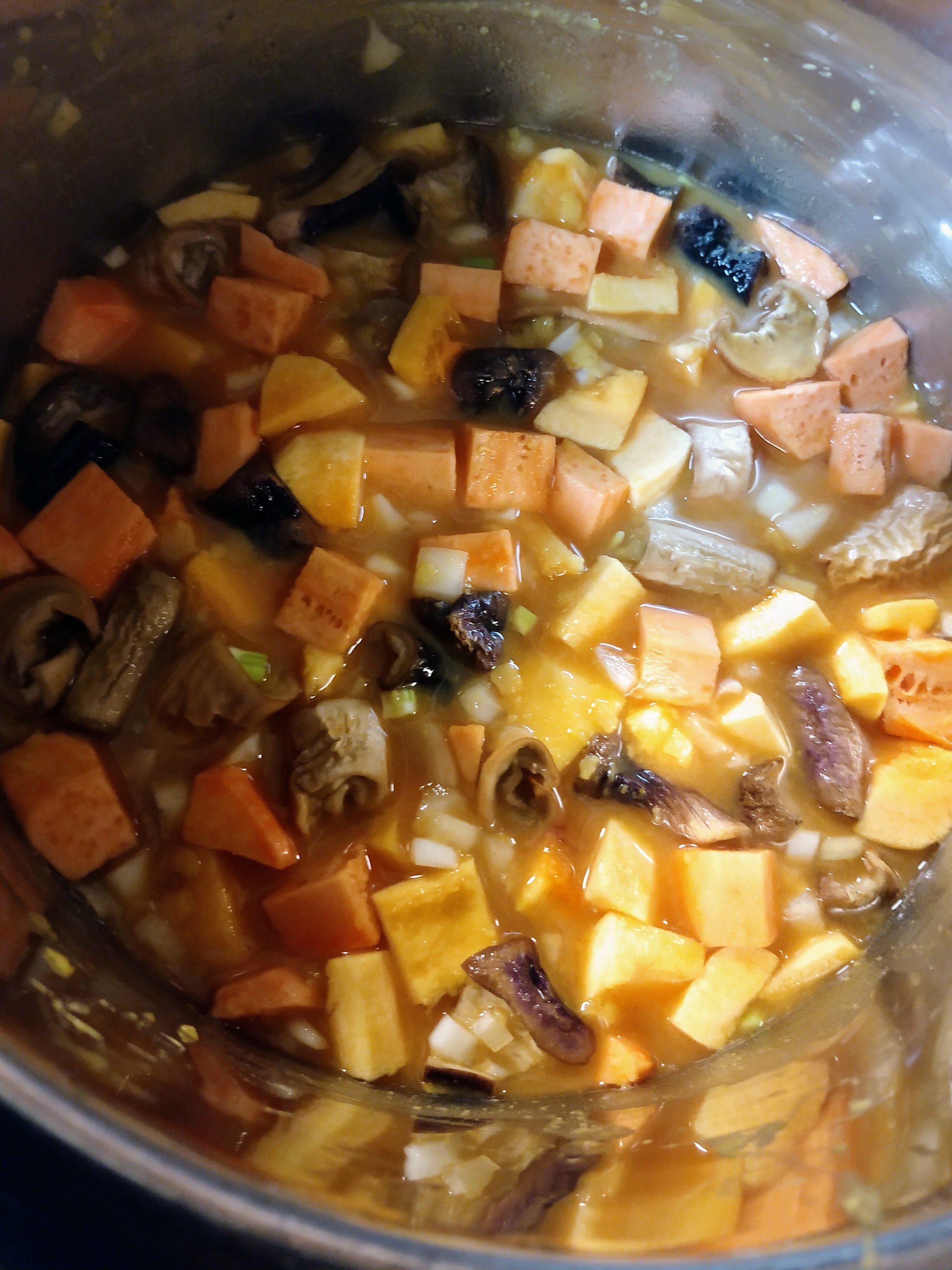 Potatoes, sweet potatoes, butternut, eggplant, and tomatoes, ready to cook with the pre-cooked dal, for the sambar. by pepperhead212, on Flickr

Here, I stirred in the masala paste, and 1 1/2 tb tamarind concentrate, and let it simmer for several minutes. Sambar, after cooking the masala paste several minutes, before adding the tarka. by pepperhead212, on Flickr 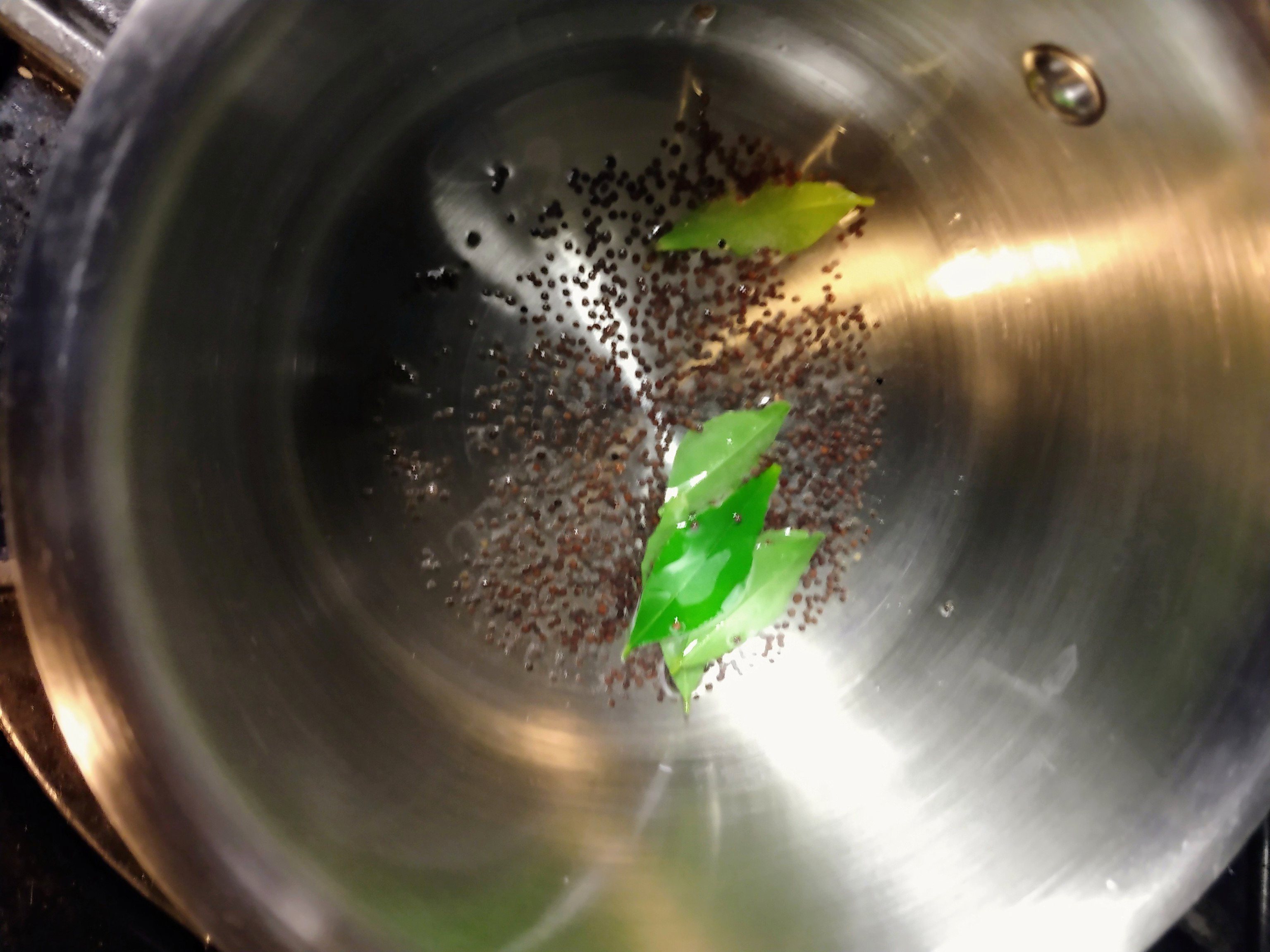 Simple tarka for the sambar - some mustard seed and curry leaves, cooked in coconut oil.. by pepperhead212, on Flickr 
I was going to make some quick (non-fermented) idli to eat with it, but it got too late - maybe tomorrow, when I share it with some friends.
Last edited: Jan 21, 2022
You must log in or register to reply here.

Another sambar masala, with 3 dal, 3 vegetables, and barley